Do you have any ideas for this page? Why not let your Teacher know!

On Thursday 8th February, Year 3 enjoyed a busy design and technology day, drawing and constructing our own Roman chariots from paper. Have a look at our photos:

On Tuesday 20th June, Years 3 and 4 enjoyed an Egyptian workshop in school in support of out theme of Ancient Egyptians. We found out about Cleopatra, an ancient Egyptian queen, how to mummify a body, we built pyramids as a team and learnt about how paper was made from weaving papyrus reeds. We also wrote our names and messages in hieroglyphs on the weaved paper that we created! Here are some photos:

Year 3 enjoyed the chance to take part in a service at St John the Divine church on Wednesday 17th May, despite having to walk there and back in the pouring rain! During our visit, we carried out some actions to a gospel reading led by Reverend Pam. These were part of the Holy Communion service.  We were then blessed by Reverend Pam, before enjoying a cookie and some squash! Have a look at our photos:

Years 3 and 4 had a great day out on Thursday 16th March. They travelled to Leicester Outdoor Pursuits Centre, where the staff instructed them on orienteering techniques. They took part in three workshops where they learned and practiced their map reading skills... They also learned the eight points of the compass and used their knowledge to follow the maps. Luckily the weather stayed dry and they had lots of fun! Here are some pictures:

Year 3 visited the Church for Holy Communion on Wednesday 15th February.  Julia and Pankti did a reading from the Bible of the story of Noah's Ark and some of the children were asked to act out the story as it was told.  We then took Communion with Rev Pam, before having a biscuit and squash!

On Thursday 10th November, Years 3 and 4 visited the British Museum in London to look at the galleries about life in the Stone Age. We saw lots of stone tools, and we were able to see the equipment used for Stone Age farming.  This was really interesting as it is so different to the farming equipment used nowadays. The children enjoyed looking out for specific artefacts and completing their learning packs. A great day was had by all, as you will see from our photos!

Monday 11th July Year 3 children had the opportunity to participate in an athletics festival at one of our sister schools Harris Academy in Rugby. The weather was perfect for all the outdoor activities they took part in and they all had a great time! Have a look at some of our action shots:

Stretton enjoyed some royal celebrations on Friday 10th June to mark the Queen's 90th birthday. Children dressed in red, white and blue and had fun taking part in some themed games and activities:

On Tuesday 17th May, children from Years 3 and 4 walked to Willenhall Primary School to take part in a friendly athletics competition. The weather was warm and dry so activities were able to take place outdoors. The children were great ambassadors for our school and really enjoyed the time they spent there, even coming away with some prizes! Take a look at our pictures:

On Thursday 21st April, Chartwell's our catering company, held blindfold food tasting sessions in the library.  Their intention was to engage children in making healthy choices and learning to appreciate different foods they may not have already tried. Year 3 were really interested in finding out which ingredients were in the food, and also learning about the foods that keep us healthy. Have a look at our photos!

November 11th 2015:  Year 3 talked about why we think about Remembrance Day, and what it means for us.  We discussed the significance of wearing poppies, and we created our own using our hand-prints for our petals.  We wrote a prayer on the leaves thanking God for the sacrifices that soldiers made during the war, and are still doing today around the world. Here are some pictures:

Our school choir took part in a special event at Symphony Hall on 23rd June. The event was a huge success, very well attended and enjoyed by all those who participated and who went to watch. 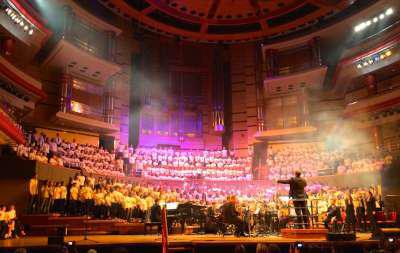 If you would like to hear the songs the choir performed, they will be putting on a repeat performance in school on Tuesday 14th July at 2.30pm - everyone welcome!

For the Spring Term 2015, Year 3's theme is Knights and Castles. We were lucky back in January, to welcome a visitor who talked to us about aspects of life both as a knight and as a peasant, and allowed us to try out some of the props he had brought in! A great time was had by all, as you will see from the photos below:

Here are some pictures of Year 3's visit to the Tower of London in September 2014 :

Year 3/4 enjoyed an overnight stay at Alveston Manor 12th and 13th June. On the way, we spent some time at Moreton Morrell college and had fun in the outdoors. Here is Abigail with a little friend she found....

For more pictures, please have a look in the gallery....

At the beginning of June, we enjoyed a visit from an animal expert who brought in some of his creepy-crawly and furry friends for us to meet. He talked to us about them first and then even allowed us to touch and hold some of them...  weren't we brave!

Years 3 and 4 Oak and Beech had a great day out on Thursday 10th April... Following the theme of chocolate and Aztecs we have been learning about this term, we visited Cadbury World!

We saw how chocolate is made, experienced what it would be like to live in an Aztec jungle (which some liked more than others!) and created our own chocolate mixture in the testing area!

Have a look at Miss Beech and some of her children enjoying the 'Cadabra' car ride through Cocoa Bean World.. On Monday 10th March there were some very peculiar goings on at Stretton! Upon arriving at school we were all met with a whole host of inter galactic clues: scorch marks on the field, police guarding crime scenes, strange messages in the classroom and slime in some very odd places. This could only mean one thing...aliens had landed at Stretton!!

As well as the strange clues left behind by our visitors there was was one more slight problem...they had taken Mrs.Samra back to outer space with them!

The staff and children had a stellar day investigating the clues which were left all around our school. We were helped in our investigation by our local police officer P.C. Simpson, BBC reporter Harjinder Mann and a forensic scientist, who had a particular interest in all things extra terrestrial, Brian Rudkin.

Thankfully, the aliens returned a slightly slimy but unharmed Mrs.Samra (along with Reception's underpants) later on that day. A dazed and confused Mrs. Samra was able to talk about her experiences with the aliens (believed to be of the 'Alien Grey' variety) and how they so wanted to learn about school life on planet Earth.

Despite being slightly scared at first, the children all enjoyed working together to try and solve the mystery. This day was the stimulus for our non fiction writing assessment.

On Thursday 6th March all of the children at Stretton had a fantastic time celebrating World Book Day! Everyone (especially the adults!) enjoyed dressing up as their favourite book characters: Mr. and Mrs. Twit, the Worst Witch and the Invisible Man were all in school for the day.

After taking part in a quiz in the hall, the children split into groups to work with different teachers throughout the course of the day. The children enjoyed reading a variety of books and taking part in fun learning activities linked to them. The books we enjoyed included The Twits, I Am Nit A Loser, A Cheese and Tomato Spider and Fungus the Bogeyman. Everyone loved taking part in the creative (and sometimes downright messy!) learning.

So far this Spring term, Oak class have had some hands-on sticky fun following recipes as part of our Instructional Writing topic. At least the instructions led to us creating some delicious Rice Krispie cakes!  And earlier in the term, we enjoyed some different hands-on fun when we received a visit from an IT expert who showed us how to create bar charts and pie charts on our lap tops.

Year 3/4 Beech and Oak are spending the Autumn term focusing on the Ancient Greeks. We kicked off our theme with a fabulous day with Sir Teachalot. He came into the school to give the children an authentic ‘Groovy Greek’ experience. This expanded their knowledge-base and furthered their understanding of the subject.
The children really enjoyed the day and got involved with all the tasks, ranging from role-play, dressing up, Greek warfare, Greek games. They also learned about the life of children at an Athenian school and as a Spartan child training to be warriors.
We shall be enjoying a host of different activities throughout this term based around the theme of Ancient Greeks, from literacy, maths and science, to geography and art!